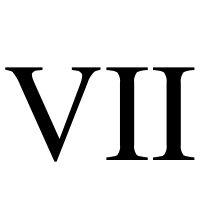 Seven is a special number in the Bible and it is a special number for me now as well. Seven is the number of days from the time I shared my abortion story here, until the time God created a new life in my womb. I didn’t initially realize the timing. We were kind of in shock from the surprise at first, not thinking we COULD get pregnant naturally again. It wasn’t on my radar at all. After the shock wore off and I had to start figuring out with the nurses when I conceived, I realized it was seven days after sharing Christ’s story of redemption in my life. Wow. Do you doubt His love? Do you doubt His power? Do you doubt He forgives it all when He says “It is finished”. Please don’t doubt. Please listen and see that the Lord is good. Look around you, believe that He carried His cross and bore your sins so you don’t have to carry yours. “But God demonstrates His own love toward us, in that while we were yet sinners, Christ died for us.” Romans‬ ‭5:8‬. ‭

My story isn’t about gifts and rewards though. It’s not about if you do “this” He’ll bless you with “that”. It’s about believing and having faith in your Savior and letting your eyes be open to the abundant joy that can be yours no matter your circumstances. It’s about praying and asking God to give you the perspective to see His restoration and handiwork in your life and trusting it even if you can’t see it. It’s about opening your heart and mind to His Word and let it change you as you get to know your Savior and King.

Some say this is a blessing, a reward for obedience in sharing my abortion story. This child is not a reward for ME to receive, it’s for GOD to receive glory. This child is His, for His purposes and already she is shining His bright light of grace and mercy! She is showing His power to overcome what doctors say, she is showing His power of redemption. She is in the same wound that was filled with scars, now that womb is filled with his sovereign grace. Oh praise His name!

We didn’t think we could have children after our first born six year ago. It took years to conceive with our first child. Due to my reproductive organs being a bit of a mess, only one ovary after a cyst removal, endometriosis and scar tissue, we were told it probably wouldn’t happen again. And we were fine with that because adoption had been placed on our hearts. We were able to adopt our sweet MK 18 months ago and were on the path to grow our family that way again. But God…

I was on a form of birth control I thought I was only on to relieve painful monthly symptoms that affected me and my ability to function well at work (back then) and home. I didn’t think it was actually for birth control since I didn’t think I could get pregnant. It was recommended by my midwife after my first born. Then last year a friend of mine told me to research what I was on and once I did I came to the conviction I should stop. Also my husband realized his moral beliefs were changing in some areas and he agreed I should no longer be on that form of birth control. “The king’s heart is like channels of water in the hand of the LORD; He turns it wherever He wishes.” Proverbs‬ ‭21:1‬. I was off the birth control for months and dealing with the issues it was preventing but I was settled and okay with the inconvenience and not working now made it easier. I was moved in a very strong way to finally post my story publically. The first time I had written about the “A” word. Once it was public God did amazing things through those words and I was experiencing another layer of freedom from shame and I was seeing those words were for so many others to see His love and power! Do you see??? Do you see how God was lining this all up. Preparing the way for Him to blow me away with His plan.  “The mind of man plans his way, But the LORD directs his steps.” Proverbs‬ ‭16:9‬. Seven days later the two lines that mean “pregnant” showed up again. After being nauseas and exhausted for a while I thought I would take a test just to set my mind at ease. Three tests later we decided to finally believe I was pregnant. And shock set in. For about a month. Once the shock and nausea wore off I was able to clearly experience and praise what God had done. Seventeen years ago I was in shock too but this time I saw it as a way to magnify the name of Jesus, to praise His name and give him Glory. This time I see this precious baby as a gift, a fearfully and wonderfully made creation, perfected by her Creator. This time I see the task given to me as being her mom as a privilege, a serious commitment, a joy, and something I know God will use to grow me and sanctify me. This time I see her as a sweet addition to our family. Our oldest is beside herself with excitement. She loves talking to my belly and wants to know all things maternity and baby. She was gifted uniquely to be an amazing big sister as she already is so loving and helpful and nurturing and kind with MK. Now she will be a big sis to two girls and she takes her role very seriously.

The number seven is associated with completion, fulfilment and perfection in the Scriptires. As I see this special number of days, resulting in the conception of my daughter, after sharing the healing Christ did in my life after a history with abortion, I do see the completion of letting go of my shame, the fulfillment of His promise of healing and cleansing from my past sin, and the perfection of His creation in my womb.

Will you celebrate this life with me?! Will you celebrate the glory of God and the magnitude of His love as He has displayed it in my life and yours? Will you celebrate with me and praise His name for what He is showing others through the story of redemption He continues to write? Will you trust Him with your life, and turn over those worries and anxieties to Him? Not everyone’s story will turn out like mine as far as circumstances. Not every post-abortive woman will bear children again. Not every mom who has been told she can’t have children will conceive again. But if you put your faith and trust in Christ you will have the same promise fulfilled as me, and that is the promise of eternal life and salvation with Christ, the promise of a redeemed life, of abundant joy that only comes through putting ALL of your hope in your anchor and rock, Jesus Christ. He is our joy and as long as you have Him your joy may be made full! “These things I have spoken to you so that My joy may be in you, and that your joy may be made full.” John‬ ‭15:11‬

“In the same way God, desiring even more to show to the heirs of the promise the unchangeableness of His purpose, interposed with an oath, so that by two unchangeable things in which it is impossible for God to lie, we who have taken refuge would have strong encouragement to take hold of the hope set before us. This hope we have as an anchor of the soul, a hope both sure and steadfast and one which enters within the veil” Hebrews‬ ‭6:17-19‬